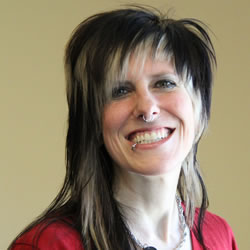 Chanel Summers began her career as a pioneering designer and producer of video games, developing innovative products ranging from high-performance 3D vehicle simulations, to action/arcade platform games, to hardware peripherals while working at early industry-leading companies such as Mindscape, Velocity and Mattel Media.

Recruited to Microsoft in the late '90s, Chanel was responsible for the release of that company's first multiplayer internet game, Fighter Ace, a precursor to the rise of online gaming. Chanel was subsequently selected as the company's first Audio Technical Evangelist, in which capacity she was responsible for launching innovative audio technologies such as DirectMusic (a revolutionary method of creating and delivering interactive music and sound design) and also dramatically increasing the use of Windows as a platform for audio creation.

With the inception of Microsoft's Xbox game system in 2000, Chanel was tapped to help design and promote the audio capabilities of the new hardware and to create the industry's first support team for content creators: a team of graphic artists, sound designers, composers and game designers who would work with the development community, coaching game creators to take advantage of the capabilities presented by Xbox. As a result, Chanel became a widely recognized figure in leading industry organizations, as well as the published author of a number of articles and technical white papers

After leaving Microsoft, Chanel co-founded Syndicate 17, an audio production house based in Seattle and Los Angeles that specializes in writing and producing original scores, cues, and sound effects for everything from films and television shows to video games and web sites. In addition, Chanel is also a highly sought-after professional drummer, recording with and performing frequently in a number of nationally touring bands, working alongside such bands as Missing Persons, The Dreaming, Smile Empty Soul, The Last Vegas, Endless Hallway, and Vast, and showcasing in festivals ranging from CMJ to SXSW.

Chanel is a frequent lecturer at both music and technology industry events around the world, as well as at leading educational institutions, captivating audiences as diverse as TEDx, Trinity College (Dublin), SESAC, the Irish Music Rights Organization, the Seattle Interactive Conference, the Develop Conference, The Centre for Digital Media (Vancouver, BC), and the Dublin Institute of Technology. Chanel sits on the advisory board for The Academy of Entertainment and Technology at Santa Monica College, is a member of the 5D Institute, a cutting edge research organization exploring the future of narrative media through World Building, and also consults on new developing game audio technologies and game audio designs. Chanel has also developed and is teaching a new course at the University of Southern California’s Interactive Media & Games Division in the School of Cinematic Arts which focuses on the art and aesthetics of creating audio for video games and has also worked with the USC faculty on the creation of a dedicated minor in interactive audio for students looking to specialize in that area. Most recently, Chanel has been appointed the Chief Product Officer of Score Music Interactive, a revolutionary new start-up based in Ireland that is creating an interactive music publishing software technology.