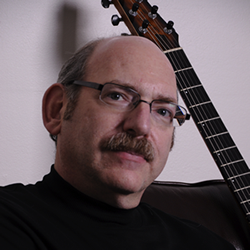 David Mash is Senior Vice President for Innovation, Strategy, and Technology at Berklee College of Music in Boston, Massachusetts, the world’s leading institute of contemporary music. In previous roles at Berklee, David was the founding chair of the Music Synthesis Department (today known as Electronic Production and Design), the first degree program in MIDI and music synthesis in the United States, now internationally recognized as the premier music technology program of its kind; as Berklee’s Assistant Dean of Curriculum for Academic Technology, David developed the Center for Technology in Music Instruction - a development center for supporting faculty's use of technology in their teaching, and helped design the Berklee Learning Center - the largest networked music learning facility in the country. The unique facilities for teaching David has designed have served as a model for interactive teaching environments at many major colleges and universities.

From 1996 - 2005 David was Vice President for Information Technology, and was charged with the successful integration of technology into all college processes. In 2005, as Vice President fro Technology and Education Outreach, he began working to expand Berklee’s City Music program into a national initiative through the Berklee City Music Network, which is now providing after-school music programs at no cost to middle- and high-school teens from underserved communities at 48 sites across the country. In order to provide access to excellent curriculum and learning materials, he helped to build the Berklee PULSE music method. Most recently, David led the development of a new online learning platform for enrolled students at Berklee called InsideBerklee.

As a leading authority on music technology and education, David Mash has been featured on national and international media broadcasts such as 3-2-1-Contact, Newton's Apple, World Monitor, CBS Evening News, All Things Considered and Voice of America. He has also been featured on Apple Computer's video Macintosh, Music, and MIDI - The Open Door as well as BMG Victor's video Macintosh Music Bible Video - Volume 1 . He has been a pioneer in music and multimedia and composed the score for the digital movie Maria Lionza that won the 1992 International QuickTime Movie Festival award for best documentary.

David has collaborated on development and artistic projects with leaders in the multimedia and music industries such as Kodak, Adobe Systems, Digidesign, Opcode, Roland, and Korg and has consulted on product development for many manufacturers of music technology products. He is currently the Executive Board Chair for the Avid Customer Association. Rolling Stone magazine has called David "the industry's leading evangelist for the marriage of music and technology." In 1997 David was named an AppleMaster by Apple Computer for his contributions to the fields of music, technology, and education.

David is past International Chair for Electronic Music for the International Association of Jazz Educators, and maintains an active schedule as speaker and presenter at national and international clinics and workshops on art, technology, and education. He has also been the recipient of grants, fellowships, and awards including a finishing grant from Apple Computer, the Arts Partnership grant for Composition/Performance, and Jazz Composition Fellowship from the Mass Council on the Arts and Humanities.