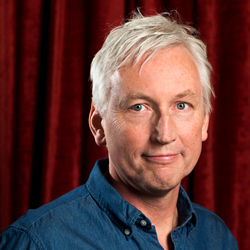 With over 30 years in all aspects of the music instrument business, Ernst has a wealth of experience. Starting as an early importer of synthesizers into Sweden, Ernst later worked as a technical writer, musician, producer and product designer before co-founding Propellerhead Software in Stockholm in 1994.

As a CEO Ernst has grown the company from 3 people to one of the world’s leading companies in the music creation software business. Under his direction, Propellerhead has created some of the world's most innovative music software applications, interfaces and technology standards.

Today, Propellerhead products are used all over the world by millions of professionals, enthusiasts and casual musicians, in all kinds of music making. Musicians and media continue to praise Reason, Figure and its other products for being inspiring, great sounding and of superior quality. Propellerhead's Rack Extensions, ReWire and REX technologies have become de-facto industry standards, and are now implemented in hundreds of music products of all kinds.